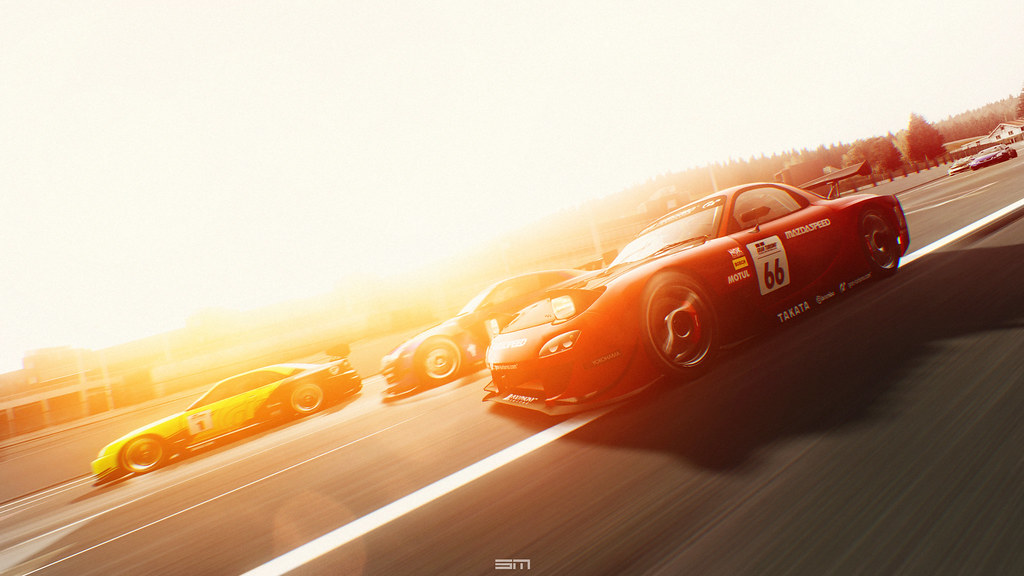 Gran Turismo 6 is not even released yet and into our eager and sweaty palms! We do not know everything about what we can expect but I am already thinking about Gran Turismo 7. My order of thought is somewhat backward but I can’t help but wonder what the future holds for the franchise and when it jumps to the next generation.

GT5 despite it’s flaws has proven to be an enjoyable online racing game; I mean it has served our, as well as the wider GT5 community very well. For us, thoughts provoke the countless memorable races we have all taken part in, and have fond memories of. Sure we have had some not so memorable races but that’s just like real Motorsport isn’t it, and all a part of experimenting with car classes and PP limits making do with the tools that we had. PC Simulation Racers arguably do a better job than Gran Turismo with the whole online experience, each with their own plus points over GT! Sure Gran Turismo wins in other areas over many but where GT5 lacks and what I am particularly looking forward to is the exciting potential of larger online grids made possible with the tech leap of new hardware – namely The PS4.

30 plus competitor grids are not unheard of for many PC Simulation Racers. Sure for GT5 and the PS3 consequently it was always a hardware limitation, other negatives of GT5’s online modes can be attributed to the game being PD’s first proper foray into designing and implementing a robust online game. Yes, Prologue was online but that was literally the “prologue” to GT5’s online and just a small stepping stone up from that basic first effort that Prologue brought to the table.

I am more than confident that Gran Turismo 6 will offer a more stable and flexible online mode which will no doubt be a stark improvement over what GT5 had to offer, which was commendable but overly sensitive. Still though without actual dedicated servers, the online experience of many will be limited to that individuals internet quality, router hardware and set up. To negate the issue of router type and set up (that is often the primary cause of problems for many across all games and platforms) I am very surprised that Sony never thought to design, promote and bring to market a svelte (Gloss black of course) PS3 compatible router, with maybe easy “push button” setting presets. Who knows Sony thought of it and decided it not was worth the effort, though there are more than 70 million PS3’s in circulation, not all online playing games but a big enough market Based on this Sony could have flogged at least a couple of million I think?

The Quality of the online experience you get is down to many variables and taking the router type and set up out of the equation eliminates countless variables so I can’t see why we never had a PS3 specific router, as after all you can buy actual gaming PC routers.

So yes, expect Gran Turismo 6 to do a better job than its younger brother; perhaps not in the stability of the actual online racing so much, but certainly it should be easier for all to meet, and race competitively. Depending on how robust the new community features are we should see a boom in new clubs and groups forming as club creation within the GT6 World will (I am happy to say) now be possible, which I am hoping will be limitless in how many members each online community/club can have. We can also now expect to be able to create our own online competitions and leagues, this is exciting but again it depends on the implementation which PD do not have the best track record for, quite the opposite!

If lessons are learned and PD have really listened to the community as they say then well, expect something special this time around. If all goes well administering events will become a whole lot easier and online communities will have a real chance to prosper.

Not long after GT6 has finally graced us, we will likely see many large and very active and identifiable clubs forming and growing out there, with very real racing rivalries and inter clubs competitions taking place that will be far less painful to organize for those that have tasked themselves.

We do not know details, and maybe I am being way to optimistic and speculative but think club creations via GT6’s world could go as far as: clubs with unlimited memberships!!! So rather than adding somebody on PSN as a friend and a means to race with, like many of us do now, think of it like this: A club is created by a club leader, with membership being invite by club leaders and request by potential wannabe members.

Once you are a member of the club, bingo you have access to any club racing lounge assuming of course that a club leader can create more than one racing lounge within a club which from what I have heard will be true.

To ensure that a club leader can maintain a steady and active core membership for his club, a club listings via GT6’s world which is searchable and sortable is a must! I am dreaming you may be be saying, but I can assure you this is the direction we are heading, and even if what GT6 provides on launch is not exactly the former, that’s the road we are heading down and I am excited for me and for all of us!

Regardless of the above, we will have club creation for GT6 that is a dead certainty, and as a result I think there will be a large divide between public and private racing come GT6. Club participation and membership will likely be on an invite/request basis as I have previously speculated and all within the world of GT6 where all of the good and clean drivers will be snapped up by recruiting clubs, leaving the less desirable’s duking it with Red bull X cars in public lounges.

Our little community here is a little ahead of its time which is a good thing but it has not helped us grow from where we was a couple of years back, quite the contrary . Despite this, GT Arena has everything in place to embrace this new community dimension that GT6 is exploring into. Clubs, your club colours and identity will become important for GT6. It was never important before because we never had an easy way to flaunt who we were and what we did, problems other groups also have had. Racing with your chosen group will be something you do proudly in GT6 and like never before. Distinguishing and identifying between different groups will take on a new dimension we have yet seen. It is human nature to identify, with GT5 never making it possible for individuals to form groups and to identify and separate into flourishing communities.

No club to club

Identifying and promoting your group within the Gran Turismo world was generally made only possible through just forums which has never been an affordable way to do it. like with anything, the quickest and easiest way is the path with the least resistance, building and maintaining an active online community, or being a member of one has always been hard work from both perspectives, so people quite naturally follow the path of least resistance, which for most was public lounges where the best chance of good racing was PP shuffle or to give up entirely and move on to another game. In the real world, provide people an easy means to identify themselves and most will, whether it be how they choose to dress, what type of car they drive and what team they follow; they will congregate and rivalries will be born and colours will be warn with pride.

Maybe as a reader you think I am taking this virtual racing thing too seriously? I probably am but just remember when you are racing with your teammates who are among 10s or maybe even 100s, guys who all race with you, sharing banter and camaraderie while you discuss set ups and tactics for that 65 lap 16 participant showdown with a rival club. I will say again this is the direction our online racing is going in, as from Gran Turismo 6 onward it will all start to become more possible from day one and so on with the many updates and patches that GT6 will no doubt see through out the span of it’s usable life. And when we eventually see a Gran Turismo game on PlayStation 4, expect a leap once again, and those 30 plus grids I previously mentioned!

Like I said, GT Arena is ahead of its time, maybe a case of great idea, and partially not so great implementation, but the real reasons are the fact that we launched quite late into GT5’s life. Sure GT Arena is a little bloated and needs tidying up but what we do here will appeal and make a whole lot more sense once people get to really sink there teeth into Gran Turismo 6’s new community features. After all, on the face of it we are a bunch of beginners (I mean that in a good way) who want to take part in fair and competitive online racing! I am not a web designer but I put a site together, nor have any of us worked at the FIA but collectively have put some memorable series together. I say we can all pat ourselves on the back for a job well done and look forward to whats to come.

We are now right at the end of GT5’s life, with Q4 being our the last GT Arena season with the old dog that is GT5. 3 years ago when GT5 first launched seems only a blink away. We have lost a few very valued members along the way but GT6 will bring back a wave of new enthusiasm, old members will return as well as a raft of new, and we can look forward to some quality racing and a Gran Turismo community as a whole that will all benefit and grow. 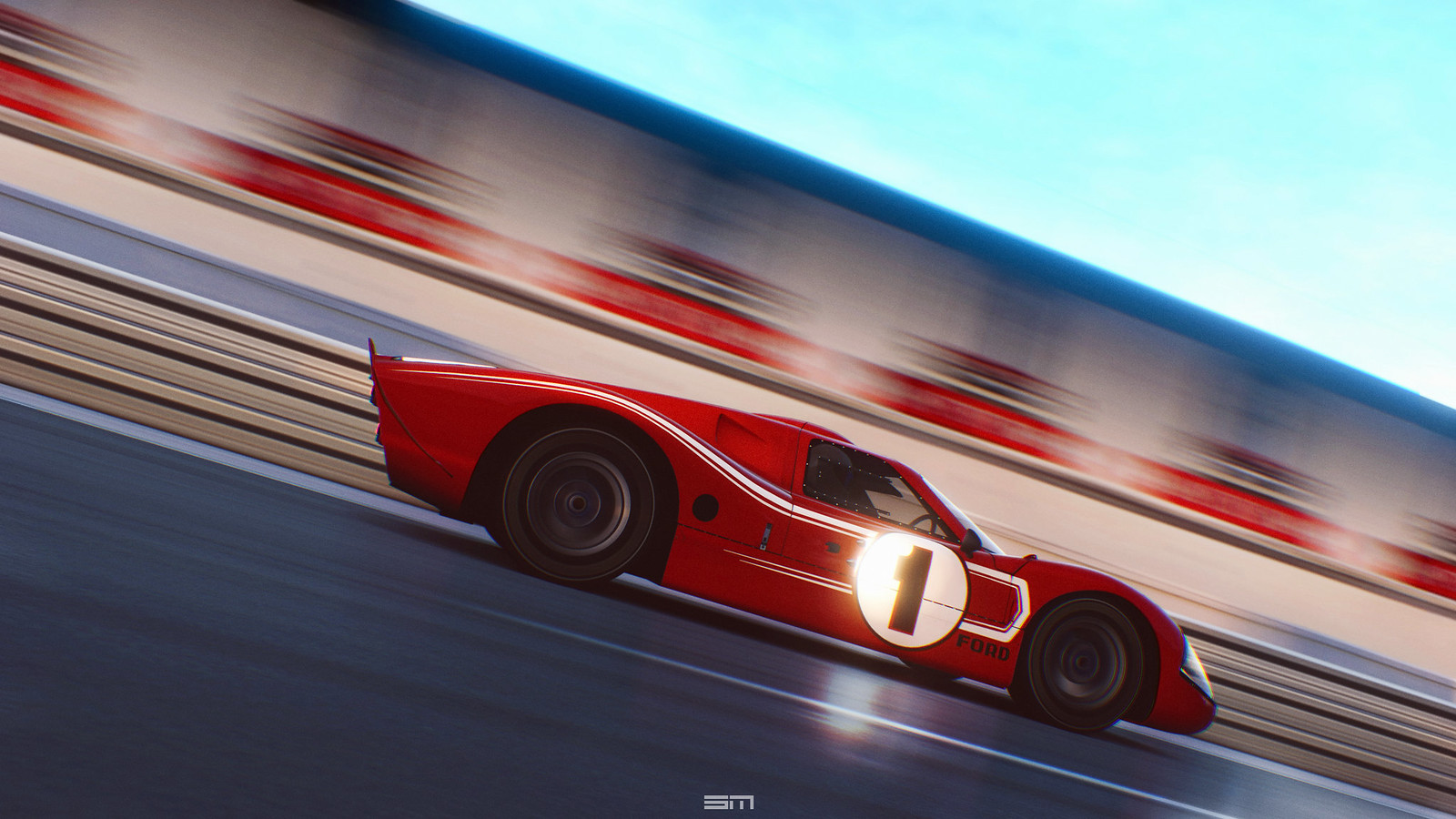